The Importance of Water Quality in the HoReCa Industry

If you own a cafe, restaurant or bar, then the quality of your water is paramount. It’s involved in just about every aspect of your business. Obviously, water is used for creating beverages; coffee, tea, soda or just a simple glass of water. It’s used for cooking, involved in numerous dishes to one degree or another. Water is also a necessity for cleaning glassware, crockery and cooking equipment. It’s even used in less obvious applications such as creating ice for drinks.

For bars, restaurants and cafes, you have no business without water. 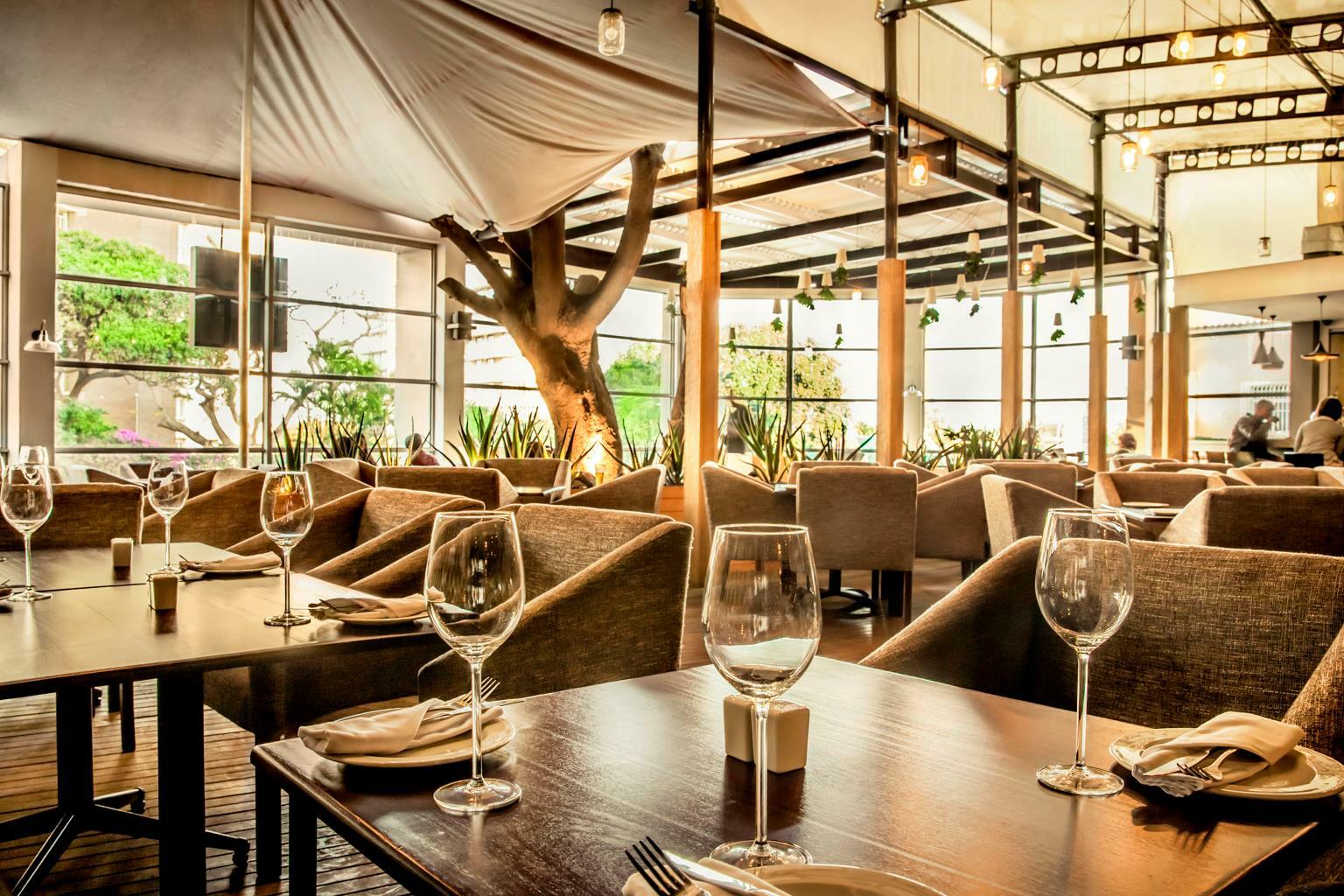 There are two major factors that will effect any HoReCa business when it comes to water. The first and most obvious, is taste.

It would be fair to assume that the taste of water is not strictly that important. After all, you’re likely to not be serving simply “a glass of water” as your main offering. Instead, you’ll be using water for an array of different beverages, from hot drinks such as tea and coffee, to cold drinks such as soda. Water is often used in cocktails and other alcoholic drinks as well. All of these examples tend to be adding their own flavours, so you would be forgiven for thinking that ultimately, a little taste to the water will easily be disguised by whatever it is you’re creating with it. Even a simple cordial will mostly taste of the flavour it’s supposed to be.

Of course, that’s not the case. If your business is a bar, a cafe, a restaurant, a juice bar, a dessert shop, or whatever it may be, it is safe to assume that you have some pride in the products that you sell. If you are going to serve someone a drink, surely you’ll want it to be the best it can be. Not only will it help with customer satisfaction, it will give you an edge over your competitors and their (dare we say, inferior?) product. It may not seem it, but the quality of your water can have a very large impact on the quality of your final product.

If that’s not convincing enough, let’s take one of the most popular drinks in the world and dig a little deeper.

The Science behind a Cup of Coffee

We’re going to concentrate on the effects of water on the brewing of a cup of coffee. There is a lot of thought and research put into the roasting of the beans themselves, however we’re mainly interested in what happens in the final stages of preparing a cup of coffee.

A coffee bean has various characteristics depending on the roasting level and type of coffee bean. However, what you ultimately want is to extract all the best parts of the coffee bean for maximum flavour. There are three important components within water that have a direct effect on this. They are;

These, at the correct levels in water, can mean the difference between a bland and forgettable cup of coffee, and the best coffee in town.

Magnesium extracts the substances from a coffee bean that give the coffee it’s taste characteristics. It is seven times better than Calcium at doing this, and added bonus; it doesn’t cause “scale.” You know when people refer to the “fruity notes” in a cup of coffee? It’s the Magnesium that brings those “notes” out.

Calcium aids in the extraction process, but it also helps with the sweetness and density (or “body”) of the coffee. You want to keep the levels of calcium low however, as at higher concentration, it can cause scale.

Finally, Hydro-Carbonates balance the acidity of the coffee and help to neutralise the bitterness caused by the unwanted acids in a coffee bean.

Unsurprisingly, mains water hasn’t really considered the perfect blend of these components within the water supply in order to create a perfect cup of coffee. The main focus of mains water is to ensure the water is safe to consume. That’s why water has chlorine in it; to help fight off bacteria. Otherwise, all other components (magnesium, nitrates, calcium, sodium, etc.) are simply kept to acceptable levels.

If Magnesium, Calcium and Hydro-Carbonates are having such a significant effect on brewing a cup of coffee, imagine what everything else in your water supply is doing to it. Imagine just how detrimental it can be to the process and how drastically it can effect the taste of the final product.

The Persistent Curse of Water Hardness

The second most important aspect of water for HoReCa businesses is the hardness. Water hardness is a persistent problem that can cause all kinds of problems.

The first and most well known issue of water hardness is that it causes limescale. If you have particularly hard water (sorry, all you folks down in the south of England. The water basically comes out the tap as a wet rock down there!), expect to see hard, crusty white/green build-up around your faucets, sinkholes and anywhere else water touches. This also has the added unwanted effect of dulling glassware, causing scratches and build-up. Any pots, pans, kettles, and metal utensils such as spatulas and mixers will also suffer the same fate. Chances are you use some form of glass wash, or dishwasher. If you’re a coffee shop, you undoubtedly have some very sophisticated coffee making appliances too. Limescale will ruin those too, resulting in maintenance call outs, repairs and eventual replacements.

Let’s not get started on what it does to your pipes!

Limescale also has a nasty habit of turning up in beverages. Have you ever had a cup of tea or perhaps even a simple glass of water and noticed that floating on the top are tiny bits of, what seems like, film? Semi-translucent, unsightly little “bits” floating on the surface. That’s scale.

So, if you’re not treating your water properly, you now have sub-par tasting food and drink, that might have off-putting contaminants floating in them and all your equipment, machinery and utensils are getting ruined.

How to Treat Water for Cafes, Bars & Restaurants

Ideally, you want the best quality water for taste, making sure it’s still safe to consume and no hardness.

The RObust range from Ecosoft does all of this. They were specifically designed with the HoReCa industry in mind. The RObust models are Reverse Osmosis units, which means the water is essentially forced through a filter, removing all the unwanted contaminants from the water. This leaves you with purified water that’s safe to drink. The RObust units also have pre-treatment and post-treatment in the form of various filters that help balance the other components in the water that you want.

Most other forms of purifying water tend to add sodium to the water. This is due to the way most medias work (through something called ion-exchange). The bad news for HoReCa businesses of course, is that adding sodium to your water is really not something you want at all. The other alternative requires a sacrificial media which you have to continually pay to have replaced. Again, not ideal.

RObust reverse osmosis units don’t add any sodium at all and have no sacrificial media. In the case of the RObust Pro, it’s even capable of balancing the exact levels of various water components so that it is within the margin for producing ideal beverages (remember the magnesium, calcium and hydro-carbonate from earlier?)

RObust is made for restaurants, kitchens, bars, cafes and hotels. Even its size has been considered, packing a powerful bit of water treatment kit into a compact space. It will fit under kitchen sinks, slip into gaps near other plumbing, nestle in besides coffee machines, and the design is such that it won’t look out of place even if it’s in view of your customers.

Indeed, in the case of one such cafe, they back-lit it and made it pride of place!

The only upkeep costs to the RObust range is the need to replace the membranes in the filters as and when that occurs, the cost of which is negligible. The RObust units are able to tell you when their membranes are due to be changed and in the case of the RObust 1500, a built in LED light display will change colour to make it clear that you need to do something.

Demand for RObust is Growing

RObust has been steadily making its way into coffee houses, restaurants, pubs and kitchens all over Europe. In fact, it’s highly likely you’ve been to a restaurant or cafe and had a drink using water from a RObust. As mentioned, they are perfect for the HoReCa industry and if you have a restaurant, bar or cafe without one installed, then you definitely should give us a call. You’re missing out.

Here’s a whole gallery of HoReCa businesses who have RObust units installed.

First, a coffee shop kitchen with a RObust 1000 providing water for coffee production. The unit is easily installed and nestled nicely under the sink.

A RObust 1500 installed in a restaurant kitchen. The water is used for producing food and beverages. Note the LED light showing that the RObust 1500 is functioning normally. When this light changes colour, it becomes obvious that attention is needed.

A RObust 1000 installed next to a coffee machine. Compact in design and stylish enough to not be an eyesore.

A Robust 1000 installed in a Pizzeria for cooking and drinks preparation, a RObust 1500 in a cafe for drinks and desserts and a RObust 1000 in a cafe nestled neatly into an available gap beneath the sink.

How Do I Get a RObust Machine?

Fortunately for you this is the easy bit. We’re an experienced supplier of RObust models and we’ll be more than happy to recommend the right model for you. Take a look at our RObust range on the website by clicking here, or you can give us a call on the number at the top of our website. You can also send us an email enquiry here.

We really can’t stress enough just how good RObust systems are for the HoReCa industry. 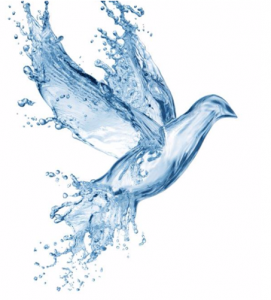