J&F have branched out and recently supplied water treatment for an outdoor adventure facility in the UK. They required pure water for drinking, use across WC’s and in the canteen on site.

The sites water source is coming from a borehole and surveying the water analysis showed the following: 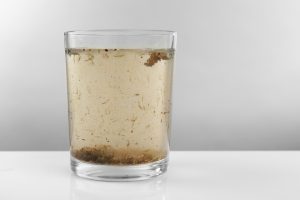 High levels of turbidity are often found in borehole water supplies. Essentially, turbidity is the measure of clarity in the water. Organic matter that causes turbidity can be anything from algae to other microscopic organisms.

Extreme amounts of turbidity in drinking water can of course be visually unappealing, however they can also be a concern when it comes to health. Bacteria and microorganisms are able to ‘hide’ behind organic matter. These microorganisms can then reproduce, consequently leading to illness and disease.

To help combat this issue, J&F provided a Filter ag+ unit. This is definitely our go-to recommendation for when it comes to suspended solids being present in water. This is due to the media’s large surface area and extremely capable absorptive ability. 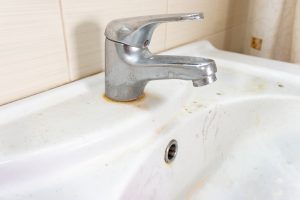 Further, we specified installing an Ecomix unit to assist with the iron, manganese and ammonia present. Iron and manganese are naturally occurring minerals in groundwater sources. This could be due to eroding rocks, landfill or sewage. Ammonia can also be caused by contaminating the water with sewage, or even fertiliser run off. Furthermore, Iron often goes hand in hand with finding higher ammonia content. A water supply with a high iron and/or manganese content can potentially cause staining on plumbing fixtures and even laundry. It’s also a common characteristic that the metal accumulates on pipework and produce colour, taste and appearance changes in drinking water.

As a result of this, we supplied an Ecomix unit. We chose Ecomix A for this particular project, as it is able to remove all traces of iron, manganese organic matter, and also helps water hardness as well as ammonia. The other option, Ecomix P, wouldn’t have been suitable as it doesn’t remove ammonia and only deals with more lightweight matter. 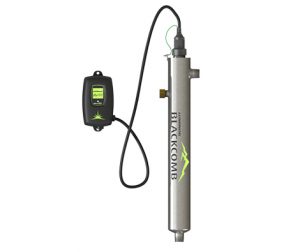 After, a UV was then installed before the R.O system in order to prevent the membrane from fouling. Fouling of the membrane can occur when contaminants such as excess organic or suspended particles congregate on the surface of the membrane and restrict the flow. However, temperature, flow rate and pressure can also affect the efficiency of the membrane. Using pre-treatment technology such as a UV disinfection system minimises the frequency and severity of membrane fouling compared to chlorine which sometimes exacerbates the issue. The system lowers the concentration of bacteria and reduces the amount of deposits on the membrane. Using a UV also helps lower the longitudinal pressure drop increase as well as control the membrane performances decrease. 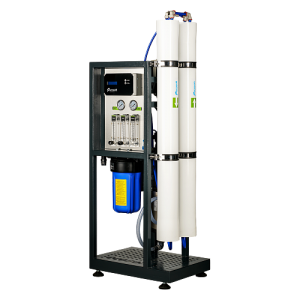 Next in the equipment train came the MO12000 reverse osmosis system. This was installed to reduce the sodium and arsenic levels present. R.O’s are commonly used to reduce sodium levels in water supplies as it cannot be removed through boiling the water or using standard filtration. Increased sodium levels occur when backflushing the iron and manganese ions out of the system. An RO was chosen as this is the most effective way of removing sodium and is the most economical considering energy and money requirements. Additionally, arsenic is naturally found in groundwater due to industrial or agricultural pollution. Where arsenic is tasteless and odourless it can be very dangerous, causing chronic arsenic poisoning through drinking the contaminated water. J&F decided to recommend an R.O for removing the contaminant for practicality so an extra unit didn’t have to be installed.

Finally, another UV unit was installed at the end of the equipment train in order to prevent bacteria festering when it comes to storing the water before being distributed. Over time bacteria can accumulate in potable water, so it was important for the safety of consumers that the water could be used accordingly. 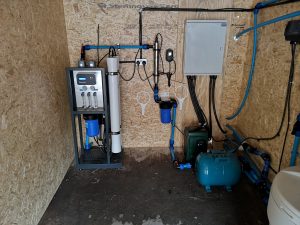 In conclusion, the outdoor adventure facility has continued to be a happy customer, and we have maintained a great relationship with them.